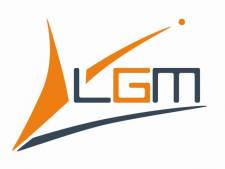 It is in Liege that the French group LGM, specialising in management and engineering of large projects, chose to open its first subsidiary in Belgium. Liege was chosen over other sites owing to its proximity to major customers such as CMI, FN Herstal and Alstom Transport.

"Being geographically close ensures better support for our customers", explains Stéphane Yansenne, the Head of LGM Liege and LGM GmbH. Following the framework agreements signed by LGM with Alstom Transport in Dependability and Integrated Logistics Support (ILS), we won and started a contract at the Charleroi site. That is what helped us to decide to locate to Wallonia".

LGM Liege, which achieved a turnover of €500 K at the end of 2012, focuses specifically on the space sector in order to develop its traditional professions. "The activity basin in Liege has a large number of high added technological value companies, especially in the space sector", explains Stéphane Yansenne. It is an environment that we know well. In France, LGM in Toulouse is present on several major projects (Galileo, Ariane rocket, EGNOS). The sector's companies have a high demand for our specialities, especially Dependability".

In order to support its short-term development, LGM Liege has announced the recruitment of about a dozen engineers in rail ILS, project management, documentary engineers, electronics and embedded software development. In the space of five years, LGM Liege should be employing about 15 people for a turnover of €1.5 M and have moved into energy and aeronautics, prosperous sectors in the Walloon basin, with companies such as CMI Energy, Electrabel/GdF SUEZ or SONACA, SABCA, Thales Alenia Space for aeronautics.