Various reasons led Janssen Pharmaceutica to opt for La Louvière : the proximity of Charleroi and Brussels airports, the density of the motorway network and the close location of the company's consumers. 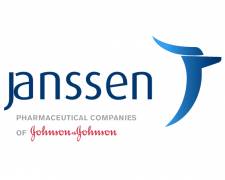 In October 2012, the pharmaceutical group Janssen Pharmaceutica (belonging to the global giant Johnson & Johnson) inaugurated its distribution centre in La Louvière. This site, rather similar to the one already operational in Courcelles, specialises in the distribution of drugs for patients suffering from AIDS or hepatitis. The investment enabled the creation of about 120 jobs.

No fewer than 160 million boxes of drugs transit via this centre a year. "The trucks come from Italy, Switzerland and Belgium. We then check these consignments to see that they are not damaged", explains Mohamed Oubela, who is in charge of receiving the packages from the production sites.

According to Tom Heyman, Managing Director, various reasons led Janssen Pharmaceutica to opt for La Louvière for its distribution centre: "the proximity of Charleroi and Brussels airports, the density of the motorway network and the close location of the company's consumers and in the centre of Europe."

The €11 million subsidy from which the pharmaceutical giant benefited also helped to tip the balance. This subsidy represents more than 20% of the total investment (€49 million in total).